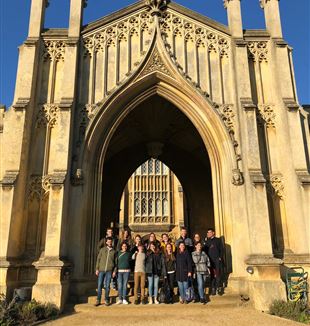 Communion and Liberation University (CLU) refers to students participating in the charism of Communion and Liberation who live and study in the university environment. Along with a lived friendship on a day-to-day basis, we propose weekly meetings of School of Community and charitable work to help build this awareness. We also participate in the Beginning of the Year Day in October, the Weekend with Carrón at the beginning of January, a Study Weekend in the Spring and the UK community’s summer holiday at the end of July.

GS Student Youth began in the friendship that flourished between Fr. Giussani and a group of high school students in Milan; sixty years later, that friendship has spread throughout the world to 70 countries, including the United Kingdom.

In the UK, a Student Youth group has been growing since 2011, as an instrument to help secondary school students accompany each other in their faith and to help each other understand how to live the particulars of faith within all the various aspects of daily life.

Student Youth welcomes secondary school students from Year 7 to Year 13. We meet approximately once a month throughout the academic year to go on countryside hikes, to play games, chat and study together.