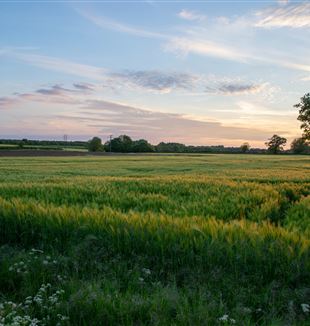 I wanted to share a couple of things that happened to me recently, while dealing with the activities at my local parish. Once again I have been surprised by God’s creativity. For example, our priest told me that a Chinese woman he met recently converted to Christianism by watching ”Sex and the city”. I would have never ever imagined that God could use such a mundane medium to reach somebody. Apparently in one of the episodes of this series someone is forgiven for something wrong they did, and I believe they go to confession, but I cannot recall the plot exactly. This “forgiveness” caught the Chinese lady’s attention as the concept was alien to her; she had never heard of it and she had never experienced it, but instantly found it very corresponding. Therefore, she began searching for those people who believe in “forgiveness”, and so she found the church. This episode reminded me that people who have not encountered God already have in them the strong desire of God Himself and nothing is impossible to God, He really find His way to people’s heart! We take for granted the consequences of God’s mercy as they are so embedded in our own culture that we cannot even remember they are given by God (forgiveness on this occasion, but another one is gratuity for example).

Moreover, a couple of weeks ago, during mass on Sunday, two children belonging to the traveller community were receiving their First Holy Communion. I cannot really explain why, but the simple fact they were there celebrating the Eucharist moved me profoundly. I am not sure of the level of understanding of Holy Communion that these children and their loud families have, but seeing them there, surrounded by the rest of the Catholic community, was moving per se. I often find myself judging the way they conduct their lives, and also on that occasion I was indeed annoyed by how overdressed they were and loud etc.. but how great is it that they belong to the Church too? How great is it that there is a place on Earth that is really for everybody, even those I do not understand? I looked at them and I felt that I cared of them as they are wanted by God as much as He wants me. This profound sentiment of love is given to me as I am humanly incapable of feeling united to someone so different from me, unless I recognise a mutual origin.

During the same Mass there was also a missionary priest who just came back to the UK from India. He has been teaching at a seminary in India for years and he said that one of the courses that novices could opt for was “traditional Indian dance”. I was quite surprised as I would not have expected such a discipline for people wanting to dedicate their life to God. At the end it became clear what the purpose of that course was: the students learnt how to use “traditional Indian dance” as a way to evangelise, which is the preferred method to communicate important things to people in some parts of India. Far too often we obstinate on what we think is “the right way of doing things” instead of focusing on what the actual needs are, and what the more effective way to communicate with people is. These priests and nuns study an entire new way to communicate simply to be able to spread the word of God among everyone. I found this particularly beautiful and moving.

Lastly, at the Alpha course I am attending with other parishioners, this week they proposed a video about “which evidence we have about Jesus’ existence”. A scholar from Oxford University was interviewed and he compared the number of manuscripts we have of some of the most read books from Ancient Rome (De Bello Gallico, for example) to the first manuscripts of the Bible. I was surprised to hear that the first manuscripts found for Tacitus, Julius Ceasar etc. are from many years after their death (around 700 years), while the earliest Bible manuscripts we have are from approx. 130AD. The second interesting fact is that we have about 8 or 10 early manuscripts of those classical books, while for the Bible there are so many originals and many translations in several different languages. At a time where social media did not exist, writing was perhaps the only effective way to pass on information and facts regarded as relevant. Why did people make such a big effort to put the Bible in writing? It really seems to me that something huge has happened and that our ancestors really wanted to make sure that this event was passed on to future generations. This blew my mind! I would love to know more of these early Christian communities as the way Christians acted back then says a lot about the nature of the event (something so great has happened that you really want everyone to know about it).

I wanted to share these episodes as I think they are relevant for the historical moment we are leaving within our movement. I am grateful to the movement as it helped and is helping me to understand the nature of the Christian event and its relevance in my life as well as in society. I am also grateful as I am learning from the movement (many friends from the movement are leading the way on this) to serve the Church as a whole.

At the same time, I have recently found myself very grateful to God as He keeps the Church alive, and grateful to the Church for being so diverse and creative and present even where I live, a rural market town in Oxfordshire. I may sound overly surprised, but for me the Church (institution) has never been that fascinating. I erroneously thought that the movement was one thing and the rest of the Church was on the other side; and I did not perceive the latter as relevant for my life. I used the Church as a place where to get Communion from on a Sunday, but not much more than that. I am now discovering that I was wrong. There is only one Church and we, the people from CL, are part of it.

We keep saying that we need to give our contribution to the Church as a movement, but perhaps we should just start by watching what is already happening in the Church and simply serve the Church in what its needs are (locally, nationally, internationally). There is a wealth of experience out there that we should not really miss out on!