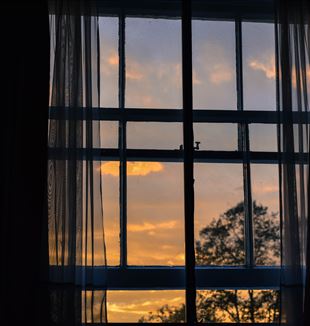 Last summer was very beautiful and intense, although not easy. After over six months, I could finally meet my family and friends in Italy once again. However, something had changed with the lockdown. I went back to see the usual people and do the usual things, but all that was no longer enough. The question Carrón had put in front of me at the beginning of the lockdown emerged from my life, rather than from my thoughts: What saves us from nothingness? What saves me and the people I care about from nothingness, from losing our lives living?

A few days before returning to London, I had dinner with some friends. I had already seen many of them during those weeks, but that night something was different. I arrived at the dinner full of the skepticism that had built up over those weeks, as everything I was doing seemed worthless in the end, and yet I could not but be amazed by what was in front of me. It is difficult to describe it with words, but the way in which people treated each other completely wiped my skepticism away. It took just an instant to entirely blow away the skepticism built up over weeks, if not months. That instant also reawakened within me the memories of many times in the past in which, similarly, I found something which overcame nothingness if front of my eyes.

Back in London, all the challenges were still there, but I was living them differently. More importantly, that episode had been so fundamental for me that I desired to share it with some friends, one of whom said to me: "Look, when these things happen it is amazing and it would be really nasty if the One who introduced this promise of fulfilment into your life, were to make you this promise in a place or circumstance different from the ones in which you are called to be.”

These words made the desire that I already confusedly had within me more clear and vivid; this desire is for the same experience to continue right here, where I am called to be. This desire made me more attentive and, as a result, I started noticing more and more of these episodes happening, for instance during School of Community or in moments with friends. All these moments are given to me entirely gratuitously - I have literally done nothing to deserve them - and they often allow me to overcome my continuous reductions and regain a truer gaze upon everything. Such a recognition generates a more solid awareness (of Someone behind all this) which, in turn, generates an attachment. Awareness is really important in order for me not to end up confusing the particular circumstances or people through which I made this experience, with the One who is actually giving them to me. As this certainty and familiarity with Him grew in me, I noticed that even small events during the day started reminding me about Him. They are not even exclusively "good things". To make a silly example, a few days ago my boiler broke, so I was complaining about having yet another annoying thing to sort out on top of many others. For a few days I had to find very creative and time-consuming alternative ways to have a shower, until it got fixed. In those moments, it occurred to me how many things and relationships I have, which I am given and which I very often take for granted when I think "nothing happened today"; yet, look at how significantly life changes when even just a tiny one of them is taken from me. What struck me about this event, however, was not so much a moralistic consideration about the fact that I should become more aware of all the gifts I am constantly given and not take them for granted. It rather was that, if that circumstance which I had not wished for had not happened, then I would not have made such a step of awareness.

I am amazed and grateful when I look back at all this in light of what Mikel Azurmendi witnessed to us. He helped me understand even more about this journey I have made and am still making.

Lockdown and the restrictions are definitely not circumstances I would wish for, as they limit my ability to see people and do things that are truly important for my life. However, our time, energy and focus are limited. If I were to just complain about what I cannot do and ignore the fact that Someone, in a very creative way, once again came looking for me when my heart was completely distant (from Him) and if I were to ignore the journey I have undertaken following that event, this would not be a limit but rather a decision of mine. Every day, every instant, I can either keep focusing on my ideas and projects which, as I have experienced, leave me with nothing, or I can engage with His initiative, without having to set aside any of my desires or limits.